A productive collaboration with the help of MaxiVision 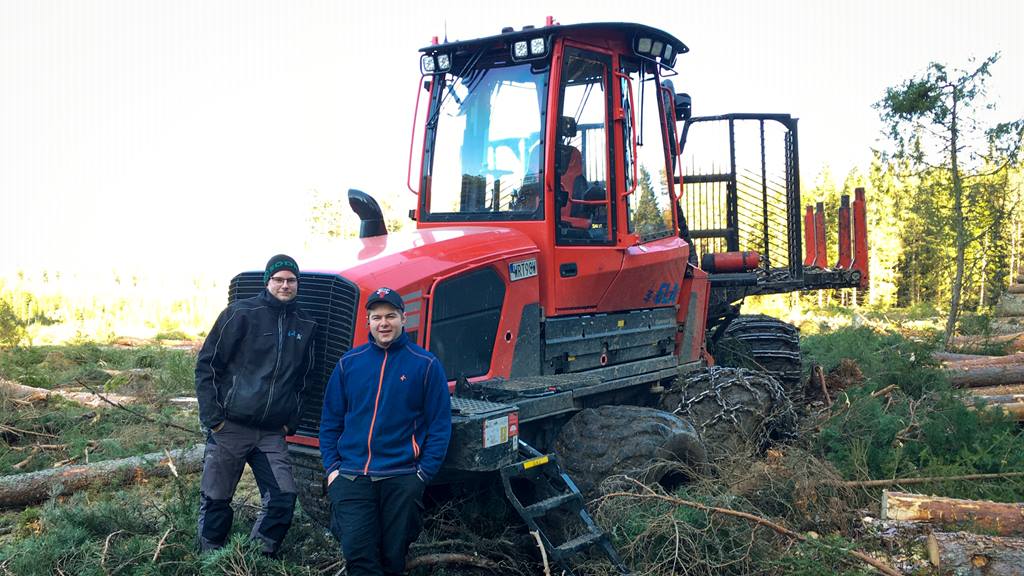 Victor Damm and Emil Engdahl are harvester and forwarder operators, respectively, at ELA Skogsservice in Östergötland County, southeast Sweden. Since August 2019, this harvesting team have been using MaxiVision, a digital planning tool, and say that it’s added a new dimension to their productivity.
“It truly helps you to work more efficiently in several ways,” says Victor.

Victor and Emil have been using MaxiVision since its launch. Initially, they were a little sceptical, especially Emil:
“Although that’s probably because I’m generally sceptical about new things.”

However, they soon both took a liking to the tool and learned to use it in their day-to-day work:
“Actually, I think it’s a fairly simple program to start using. In terms of both the technical side and your working method,” says Victor.

The duo continues by explaining that, in practice, they each use MaxiVision in quite different ways. Victor, a harvester operator, plans suitable access roads and soft ground strip roads, and benefits greatly from the ground moisture map when planning his work.
“Before, for example, I used to get out and walk around the felling site a lot more. Simply to check the ground conditions, such as the soil structure and stability. Now, with MaxiVision, I can see much of this information directly onscreen. This speeds my planning and allows me to structure my route early on,” Victor explains.

Victor also points out that it’s an advantage when chain saw operators are needed:
“In Östergötland, the terrain is generally challenging, with lots of rocks and steep slopes, which means that we often need help from chain saw operators. Now I can quickly check the contour lines for the area in MaxiVision, examine specific locations and contact them  in good time.”

From a forwarder operator’s perspective, Emil highlights the simplicity of planning and optimising his forwarding. With MaxiVision, he can see which tree species, assortments and quantities to expect.
“In fact, I can already see all this even before I reach the felling site. It’s easy to set up a forwarding strategy, such as which assortments to combine.”

“We’ve also had quite a few bark beetle jobs. Before, this meant a lot of searching for the infested trees, but now everything is marked directly on the map, showing us exactly where the affected trees are, which saves a great deal of time,” Emil continues.

Both Emil and Victor, who “work together 99 percent of the time”, say that they can see a clear link between MaxiVision and increased productivity.
“As a harvester operator, the advantages are that I quickly get a good overview, can plan more efficient routes and don’t need to leave the cab as much to check the ground conditions. This saves time that I can spend on production instead. Although I think forwarder operators make even bigger gains,” says Victor.

Emil explains:
“I get served most of what I need directly onscreen, really useful information that helps me to make good decisions. With a better strategy, my work is more efficient and definitely more productive,” Emil ends.